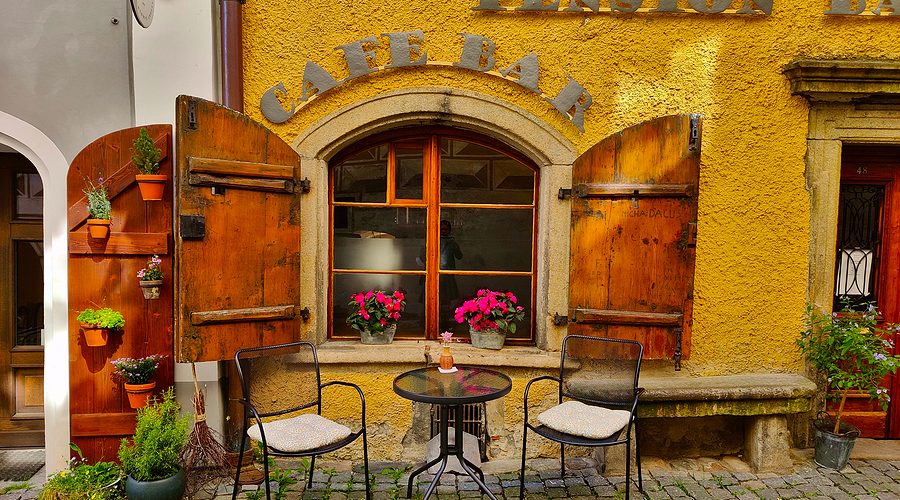 It is never hard to spot full height window shutters in Brighton, with many windows featuring them. This is especially true of the ubiquitous Regency buildings in this city.

All that might make some wonder if the popularity of shutters is indelibly linked with Regency architecture and its large windows. The answer is that it is in the sense that the two go together well, but the history of shutters goes way back.

Shutters today can be made of aluminium or MDF, but, as with our range, wood remains the favourite material. However, it was not the original material for shutters, which are believed to have originated in ancient Greece.

The land of Plato, Socrates, the Acropolis and the Olympics pioneered the use of shutters to keep out the heat and light of the hot Mediterranean summer sun. That use has never changed, but what may come as a big surprise is that they actually made the slats out of marble, rather than wood.

Marble does have the advantage of being a durable material, but of course it is rather more exclusive and expensive than wood, so mass adoption and production of shutters for the wider population required a more readily available material.

Given the predominance of first Greek and then Greco-Roman culture across the Mediterranean, blinds soon became popular on the Italian peninsula and beyond.

The same process occurred when they arrived in England during Tudor times, when they were a luxury item made from glass. But, once again, materials diversified later on.

Despite the lack of shutters in 11th century England, they were still an important part of a tall story about a very famous incident: Lady Godiva’s streak on horseback.

It was this incident, when the noblewoman was riding through Coventry in a protest over unfair taxes, that gave rise to the phrase “Peeping Tom”. The story was that the townsfolk had closed their shutters to avoid the indecent sight, but Tom couldn’t resist opening them and was struck blind in an act of divine retribution.

The story is believed to have been spun in the 17th century, with its originator clearly unaware that shutters were not in use in Saxon times. 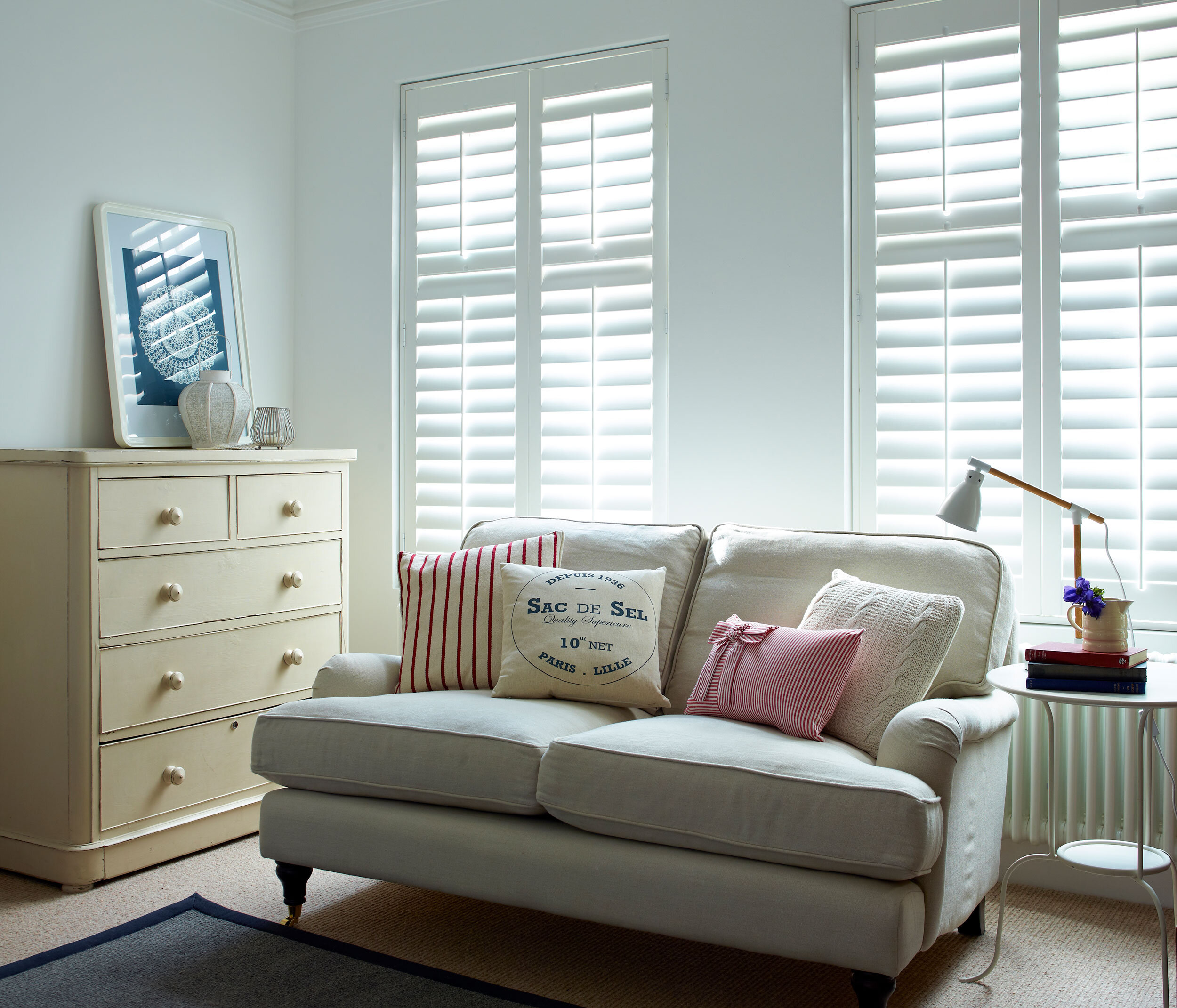 When it comes to shutter colours you really can have it any which way. You’ve got your whites, off-whites, creams, greys, and wood stains. That’s without even mentioning the hundreds – maybe even thousands – of colour matching options available. 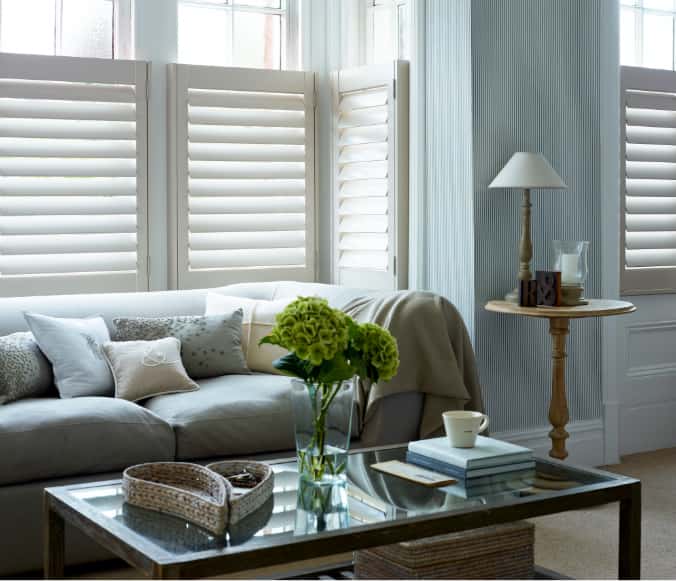 Choosing The Right Shutters For Your Home

If you’ve been thinking about the benefits of window shutters for your home, you could be overwhelmed by the number of different styles, and unsure about which is best for your home, and different rooms. Whether you want to add an extra layer of insulation to your windows, or your curtains are looking drab and […]

William Little
I am so glad that I chose The Brighton Shutter Company. Amy was fantastic to deal with and always kept me updated. Her team of installers were very professional and tidy and did a brilliant job of installing them. The shutters are better than I hoped for. I'm over the moon!

Laura Vellacott
Excellent product and customer service. We would definitely recommend this company for shutters.

Angie Green
Highly recommend Amy and her team. Absolutely loved meeting Amy she was so helpful throughout the process and knows her stuff! We decided to have most windows done in our new home and after having them fitted today we are delighted with our shutters. Thanks you!!

Karen Hicks
We cannot recommend the Brighton shutter company highly enough. From the first visit to the shutters being installed, all was explained clearly and professionally and we are absolutely thrilled with the transformation it has made to our home. Thank you so much to Amy and Simon, thoughtful, considerate, clean and professional throughout.

Andrew Brookes
They were fabulous. Love the shutters. Simon was lovely the whole time he fitted them and Will did a great job organising the fitting. Transformed the rooms!

niki kehoe
Delighted with my new blinds, Amy was a pleasure and Chris really efficient and did a lovely job! Would highly recommend!

Nick Wall
Will and the team did a fantastic job. Beautifully fitted, great customer service and at the right price.

Lydia Churchward
I had these shutters fitted on Saturday. Amy is a delight. Knows her job well and is very good with her ideas. The fitter was charming and left the place all clean and tidy. Would recommend this company to anyone who is thinking of having shutters fitted. They are well made and fit well. They transformed my room !! Well done Brighton Shutter Company

Jude Hitt
I have now used The Brighton Shutter Co twice and cannot recommend them highly enough. Their service is exemplary from start to finish and it was such a delight to deal with Amy and Simon. They take such a massive pride in their work, nothing is ever too much trouble – Amy certainly went the extra mile and a half to assist with me with my decisions on specification and couldn’t have been more helpful with excellent communication throughout the process. She is a true aficionado when it comes to the world of shutters! The shutters themselves were well worth waiting for as they look absolutely stunning, and the fitting is immaculate – Simon’s craftmanship is ace, he is super diligent and left my home looking immaculate. On top of this brilliant, friendly and outstanding service, their prices also seem incredibly reasonable. Suffice to say, to my mind The Brighton Shutter Company is in a league of their own and investing in their fabulous shutters has completely transformed my home! Massive thank you Amy, Simon & team!!
Google rating score: 5 of 5, based on 76 reviews.